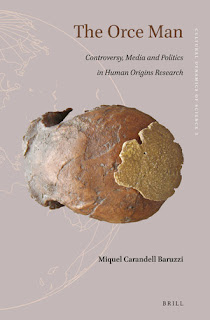 Author: Miquel Carandell Baruzzi
In The Orce Man: Controversy, Media and Politics in Human Origins Research, Miquel Carandell presents a thrilling story of a controversy on an Spanish “First European” that involved scientists, politicians and newspapers. In the early 1980s, with Spanish democracy in its beginnings, the Orce bone was transformed from a famous human ancestor to an apparently ridiculous donkey remain. With a chronological narrative, this book is not centered on whether the bone was human or not, but on the circumstances that made a certain claim credible or not, from both the scientific community and the general public. Carandell’s analysis draws on the thin line that separates success from failure and the role of media and politics in the controversy.
Url: https://brill.com/view/title/54320